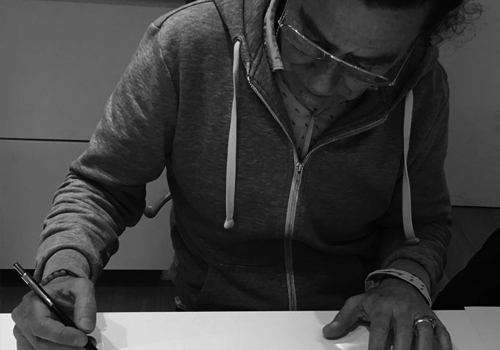 “... He always finds a link between the material and the idea, and this relationship established involves also the observer, which gradually discovers the creation. "It is a succession of sensations which binds the impression of being located on the main wall of a demolished building. His creations are exposing on order to view the various layers of paintings in which the property has written its history. This way it is Alday's painting....”