Anquin’s Gallery was founded in 1973 in Reus, 100 km. south of Barcelona. In the last 44 years, we have presented a wide variety of contemporary artists from the 20th century, both national and international. We remain one of the most established galleries outside of Barcelona. 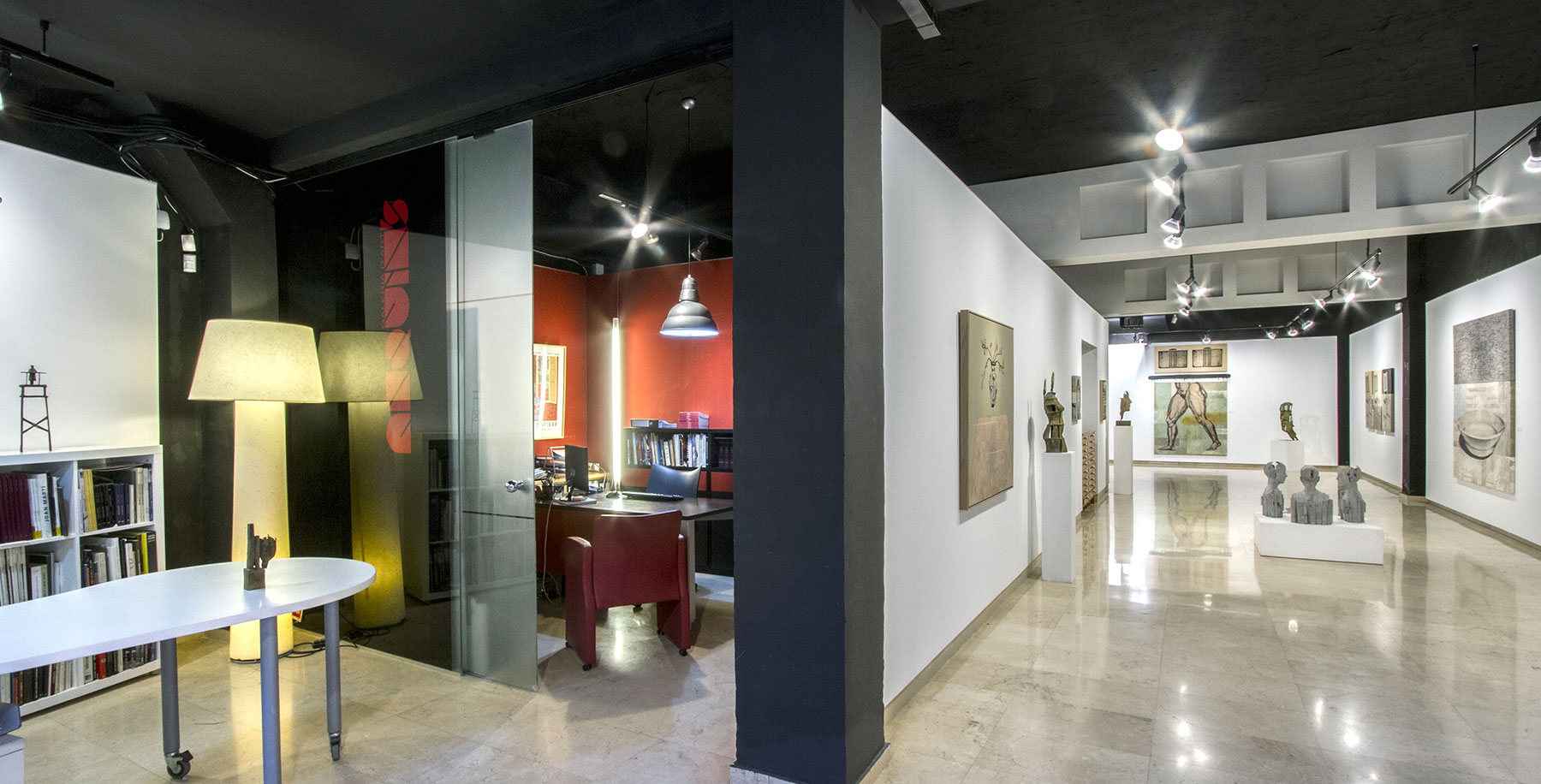 Pepita Giner was the directress of the gallery from 1973 through 1992. During these years she staged the "Saló de Maig", an exhibition held annually which combines generations of artists, art critics, collectors and other persons from the world of culture in a celebration of art. In addition, she has played a major role in the discovery and promotion of young artists by creating an Award for young artists in 1981. During all these years the gallery has proved an incentive to collectors via such sources as "Caixa d'Art", a form of innovation that permits access to the world of art for a wider public.

In 1992 the gallery initiated a new stage under the direction of Pepa Quinteiro with the continuation of the "Saló de Maig", the competitions of youth painting and the sources of art. Gradually from 1992 through 2012 the gallery incorporated new artists, opening a new market via the internet and by participating in prestigious international art shows and fairs like St’art en Estraburgo (France), Art Karlsruhe, Art Fair Cologne (Germany) and Artbodensee (Austria).

The gallery has been linked with the city of Reus and the surrounding area. The premises have been involved in the development of numerous activities as well as the exhibitions: book presentations, musicals, performances, cinema, guided tours, children’s art workshop etc.

In 2002 a new space called ARTLOFT was opened in Reus, where an alternative program was carried out with the presentation of consolidated contemporary artists and emerging new artists.

At the end of 2012, Anquin’s gallery moved to Calle Campoamor 2 in Reus, with the intention of centralizing its program of contemporary art and increasing the promotion of its artists internationally with their presence at fairs and by collaborating with other European galleries. In doing this, it has expanded its scope of influence via the internet with the opening of a new website incorporating e-commerce and the social networks. The gallery also offers pricing services and taxation.

Anquin’s Gallery belongs to the "Gremi of Catalonian Art Galleries". With 40 years of experience in the world of art, the gallery faces the future with new international projects and with the aim of continuing to ensure quality and professionality.